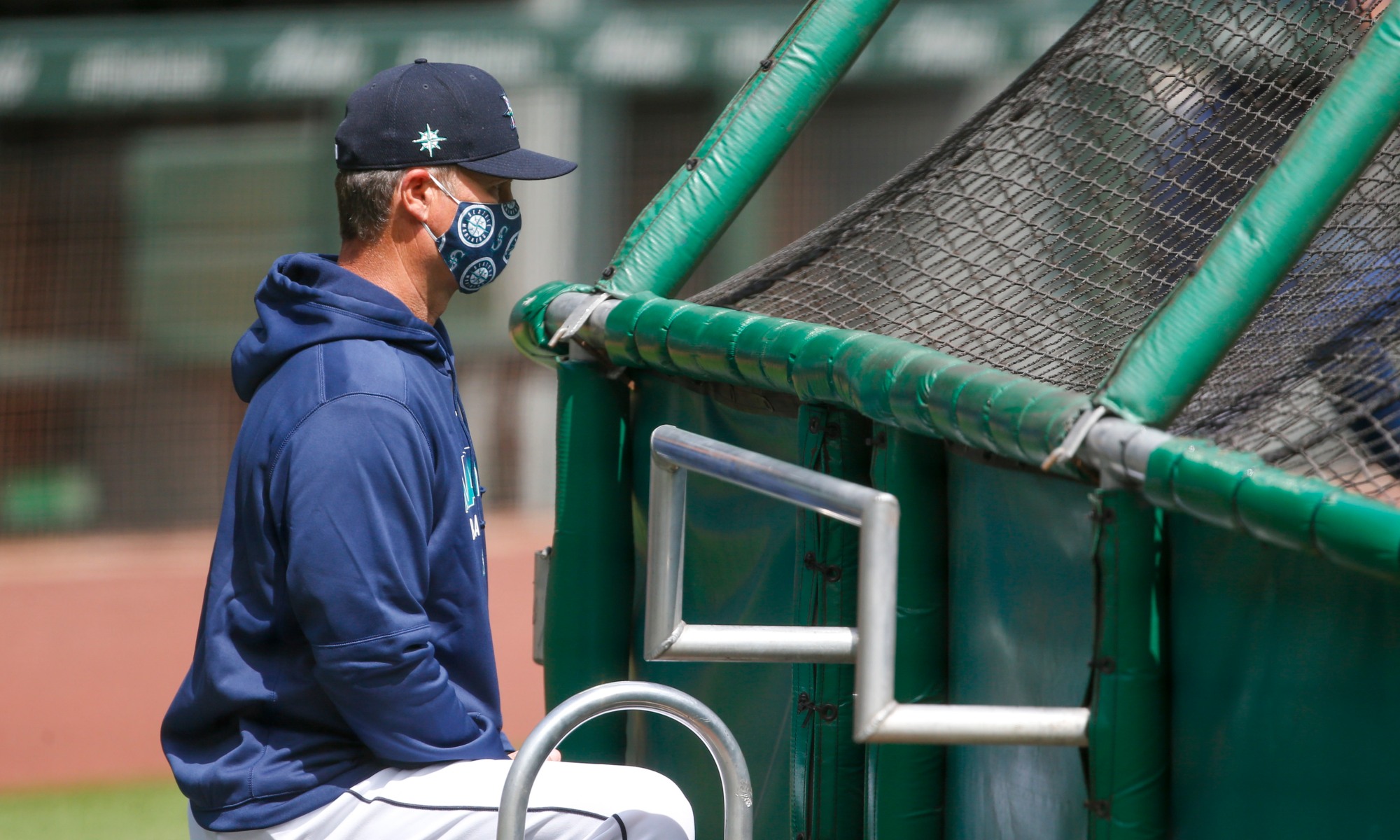 As we get closer to the start of spring training, the off-season is officially starting to wrap up. While the possibility of adding a few players before Opening Day is alive, and frankly quite likely, we have a pretty good grasp of who will be on the Opening Day roster. So, what could that starting lineup look like? Let’s discuss.

Before we begin with our projections, it is important to remember that lineup construction is a bit of an art. There are numerous lineup configurations that make sense and they can change on a daily basis depending on matchups, handedness, injuries, and general fatigue. The Mariners appear to be using the 2021 season as an extension to their 2020 season, so there are other factors in play, such as protecting their younger players and doing everything in their power to keep those players comfortable.

So each lineup spot will feature more than one option. Or, perhaps more accurately, an alternate or two. But in this first edition, we are working without much information. Scott Servais has not dropped many hints about how he’ll employ his lineup and we are at least five weeks before spring training lineups might offer us any hints. So, let’s see how we do.

The Seattle Mariners’ best offensive player is back and according to the man himself, he’s better than ever. Or, at least, his body is the best it has ever been. Haniger has always been a hard worker, but that may have been the issue when he was grinding his way back from his unfortunate testicular injury may have led to the back issues that kept him out for all of 2020. Though it will have been about 22 months since his last game, Haniger should slide right back into the lineup as the everyday right fielder and is the best option to hit leadoff.

Haniger is the perfect blend of power and patience. He can provide instant offense to lead off the game or work the count and make the pitcher show his whole arsenal along the way. Haniger is also comfortable hitting leadoff, slashing .282/.356/.523 in 323 plate appearances. J.P. Crawford and Dylan Moore both served in this role last year and could find their way back in 2021, but Haniger is the safest bet.

This might be the most difficult spot to fill the top five slots. Haniger could make sense if he doesn’t hit the leadoff. I could also see J.P. Crawford hit here if the Mariners want to break up their right-handed heavy lineup. But if having a lefty in the #2 spot is deemed critical, the team should use Seager in that spot. Moore’s 2020 was fantastic, but it was short. But Moore showed legitimate 20/20 pacing in 2020 and had an impressive batted ball profile, including finishing in the 78th percentile in hard-hit percent, and the 89th percentile in barrel percentage.

Moore’s power/speed combination make him a good compliment to Mitch Haniger and having the two at the top of the order makes for a dangerous 1-2 punch for the Mariners.

Once again, if the Mariners want to break up these lefties, Seager could hit in this spot. But Seattle has kept Lewis in centerfield because it is where he’s most comfortable and it stands to reason they’ll do the same with his lineup position. Lewis will have a lot to prove in 2021 and he’ll have to hit to keep his spot this high in the lineup. The power is obvious, and Lewis showed plenty of growth at the plate, swinging and missing less, and using the entire field with regularity. Lewis will get exposed to the whole league in 2021 and his struggles in September are a real concern. Lewis will be in this slot on Opening Day, but if he can keep it all season, it probably means great things for the Mariners.

We finally have a left-handed bat and, of course, it is the most underrated position player in franchise history, Kyle Seager. In what is likely his last season with the Mariners, Seager has an excellent chance to slot into the cleanup spot in his final Mariners’ Opening Day. With plenty of right-handed power and strong on-base candidates ahead of him, Seager should have plenty of opportunities to drive in runs. Despite what local sports radio will tell you, Seager is still a good player who will likely hit .240/.330/.450 with 25-30 home runs.

Just like Haniger, the Mariners will get another big bat back into their lineup in the form of Tom Murphy. His 2019 season was epic, bashing 18 home runs while slashing .273/.324/.535 in 75 games. Murphy injured his foot in Mariners Summer Camp and missed all of 2020 as a result. Whether Murphy’s 2019 was real or not is a question we don’t know the answer to, but we’ll find out in 2021. Murphy’s above-average defense and power aren’t in question. But his contact numbers were a bit of an issue and he’s only been good for half of one season, so it is fair to wonder who the real Tom Murphy is.

Ty France is likely to be your Opening Day DH and his showing in 2020 was strong, to say the least. France will get his first full season in the big leagues, and while he’ll play some first, second, and third base, he’ll get large portions of his PAs as the designated hitter. France could quickly find his way into the top 3 in the order. He understands his strengths, shows average power, and OBP skills driven by a strong likelihood of hitting for a solid average. France is the last of the “well-rounded hitters” in this lineup and is certainly one of the most fascinating players to watch this year.

J.P. Crawford is the most difficult player to peg in this lineup. You could see him hit first or second, or anywhere between spots 6-9. Crawford’s lack of power is something he’ll need to address in 2021 and he needs to make some swing changes to his long, flat swing. Crawford has average bat speed, so he should be hitting for more power than he has thus far. But he does have his strengths, including the ability to work counts and avoid strikeouts. I can see Seattle trying to force Crawford into the leadoff spot, but he’s significantly more suited for a spot in the final 3 spots in the lineup.

Evan White struggled in 2020. He’s a great defender and is said to be a great kid, but… Okay never mind. White’s batted ball data shows no issue hitting the ball hard and far, but he needs to hit the ball more often for those numbers to pay off. Thankfully, White now has 50+ games under his belt and we saw stretches from White that made it easy to envision a future All-Star campaign from White. He’ll provide strong defense and is a good bet to hit closer to .240 with solid-average on-base skills to go with 20-25 home run pop. Seattle will gladly take that from a number 8 hitter, especially one who has barely exhausted his rookie status.

If you had told me 2 months ago that I would be placing Jake Fraley on the Opening Day roster, let alone in the lineup, I would have scoffed at the notion. But John Stanton appears to have handcuffed GM Jerry Dipoto and as a result, the idea of adding a veteran outfielder seems like a distant memory. Fraley will get his shot, really his first shot, to show that he has a future in Seattle. There have been rumors floating around surrounding the Mariners disenchantment with Fraley, but as a short-term stopgap until Jarred Kelenic is “ready”, you could do worse.

Fraley is a good athlete who has shown fringe-average power, good speed, and bat to ball skills, and should be perfectly fine in left field. If nothing else, he’s an actual outfielder, unlike his prime competition for the job, Jose Marmolejos. Sam Haggerty and Shed Long could be in play here, as could Braden Bishop. Leftfield appears to the one spot in the lineup that is up for grabs and the possibility remains that a veteran like Brian Goodwin could be signed to handle the position.

Well, there you have it. Our first official Opening Day Lineup projection. How close did we get? Only time will tell. But three weeks from today, the team will play their first spring training game and that is excellent news.