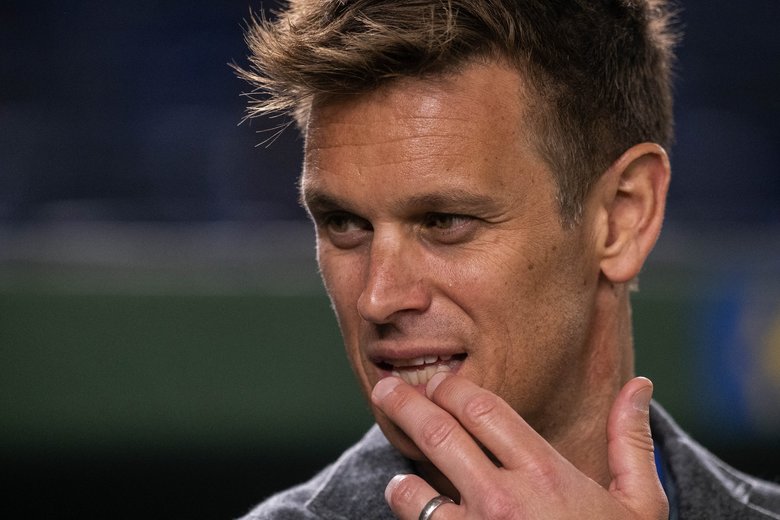 The World Series gets its first off-day after the Rays evened their series with the vaunted Los Angeles Dodgers. So on this day off, let’s speculate about some of the players the Mariners could “randomly” acquire this off-season.

Yeah, the Seattle Mariners are going after pitching this off-season. They may add a bench bat or a stop-gap outfielder, but the focus is going to be on acquiring pitching, most of the bullpen variety. We have already watched Seattle do some house cleaning in this department, waiving Seth Frankoff, Brady Lail, Nestor Cortes Jr., Matt Magill, Carl Edwards, and Art Warren. So while the team will have some internal options ready as replacements, including Sam Delaplane and potentially Wyatt Mills and Kendall Graveman, they’ll need to add a few quality arms. We know they are going to do just that.

But Dipoto has also hinted at adding a starter. While reading between the lines may indicate the GM Jerry Dipoto is looking to acquire said starter from free agency, the simple truth of the matter is that this isn’t a great class to add said pitcher. They’ll have no issues finding Taijuan Walker types this winter, but the team likely wants to aim a little higher than that and there will be plenty of competition for those guys. Plus, Dipoto is a trader. It is what he does.

So, who might be available via trade this winter? It’s tough to say for sure right now, but let’s take a look at 3 names who may or may not be surprising trade candidates this winter.

Did you guys realize that Sean Manaea was 29-years-old and entering his 5th season of club control? I certainly didn’t but alas, here we are. We all know the Oakland A’s are cheap and the prospect of paying Manaea $5-$6 million in arbitration this year and another $10 million next year isn’t something they’re likely to do. Oakland is going to lose some key contributors this winter, so they may not be rushing out to trade Manaea as well, but it seems quite likely that by this time next year, Oakland will be shopping him hard.

But if you know you’re going to trade a player in a year, those conversations should begin now. And sometimes, when you talk, things shake loose. Manaea, who was acquired by the A’s in the Ben Zobrist trade, has been a solid arm for Oakland but is nowhere near a top of the rotation arm. He’s only cleared 160 innings once, has a career 4.07 FIP, doesn’t miss bats, has slightly above-average control, and has never posted an fWAR above 2.2 and that was in 2017 and missed most of 2019 rehabbing from shoulder surgery.

Now it may sound like I’m not a fan of Manaea, but I’m just pointing out facts about what type of pitcher the 29-year-old is. He’s the guy the rest of baseball thinks Marco Gonzales is. He’s a solid, mid-rotation arm who carries some baggage. But this is why he’s going to be available and for a lot less than a team would have to give to Seattle for Gonzales.

What is a fair price for a 29-year-old with two years of club control remaining? It’s hard to say. Certainly, anybody inside the Mariners Top 10 would be a drastic overpay, but outside of that, almost anybody could be on the table. Manaea would likely slide right into the #3 spot in the current rotation and would be an upgrade for the team, albeit one with limited upside.