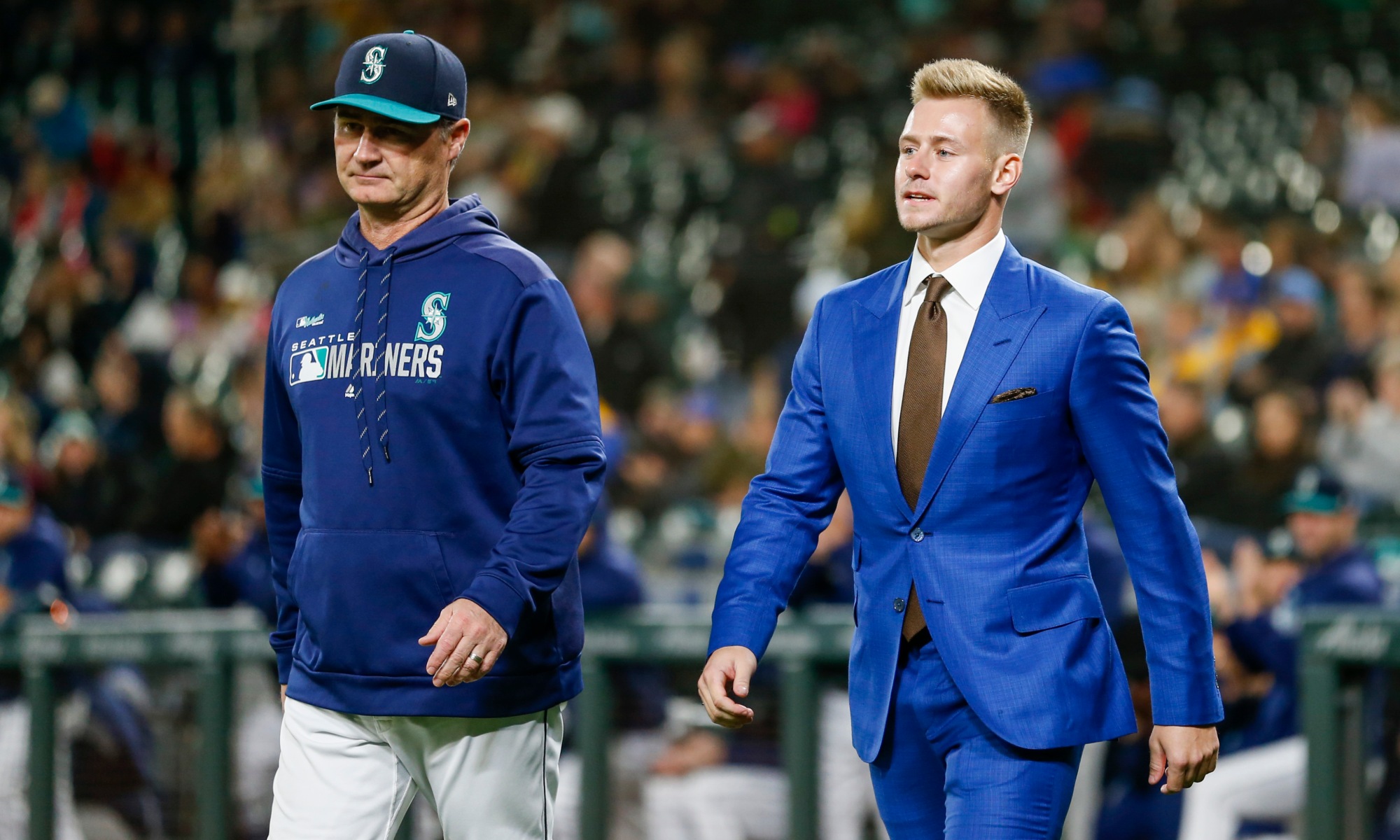 In a mid-Friday news dump, the Seattle Mariners announced that Mallex Smith has been outrighted to Tacoma. In layman’s terms, Smith is still with the organization but is no longer on the 40-man roster. Smith, who has been one of the worst hitters in MLB this season after coming off a disappointing 2019, was likely to be non-tendered a contract this off-season, so designating Smith for assignment isn’t that big of a surprise in a vacuum.

However, the move is raising some eyebrows. The Mariners, who already had 2 open spots on their 40-man roster, didn’t need to clear another space to make an emergency add and teams don’t typically open up spots on the 40-man roster unless they intend to replace them quickly. The trade deadline has passed and signing a street free agent to an MLB deal with just two weeks to go isn’t going to happen. This leaves us with one obvious but still speculatory option: the Mariners are adding from within.

And of course, the three biggest names in the teams alternate training site that aren’t on the 40-man roster are Jarred Kelenic, Logan Gilbert, and Taylor Trammell. Obviously, any of the three is going to generate serious buzz in Mariners fandom. Trammell has to get added to the 40-man this winter anyways, so that could make some sense. Fans will almost definitely begin connecting dots to get their man, Kelenic, into MLB games at the end of the season.

But this represents some potential service time issues for Seattle. Every day on the 40-man roster this season will cost the Mariners 2.7 days of service time. And if Seattle thinks they’ll be sending Kelenic back to AAA to start 2021, they’ll need to keep him down longer to prevent him from accruing a full year of service time.

Think about it this way: the Mariners call up Jarred Kelenic and he gets 10 days in the big leagues, but he now has 27 days of service time. If the team wants to delay his free agency another year, which wouldn’t be the worst idea, they would have to keep Kelenic down 27 extra days on top of the 14-17 days they’d need to keep him down in the first place.

So the questions is: would you rather see Kelenic play 10 games for the Mariners this year and then wait until late-May 2021 to see him again? Or does it make more sense to keep him down and call him up in mid-April 2021?

We aren’t fans of service time manipulation and its all speculation on our parts that Seattle is even considering this. But it should give us all pause instead of immediately assuming that Taylor Trammell or Jarred Kelenic will surely be up in the next few days.